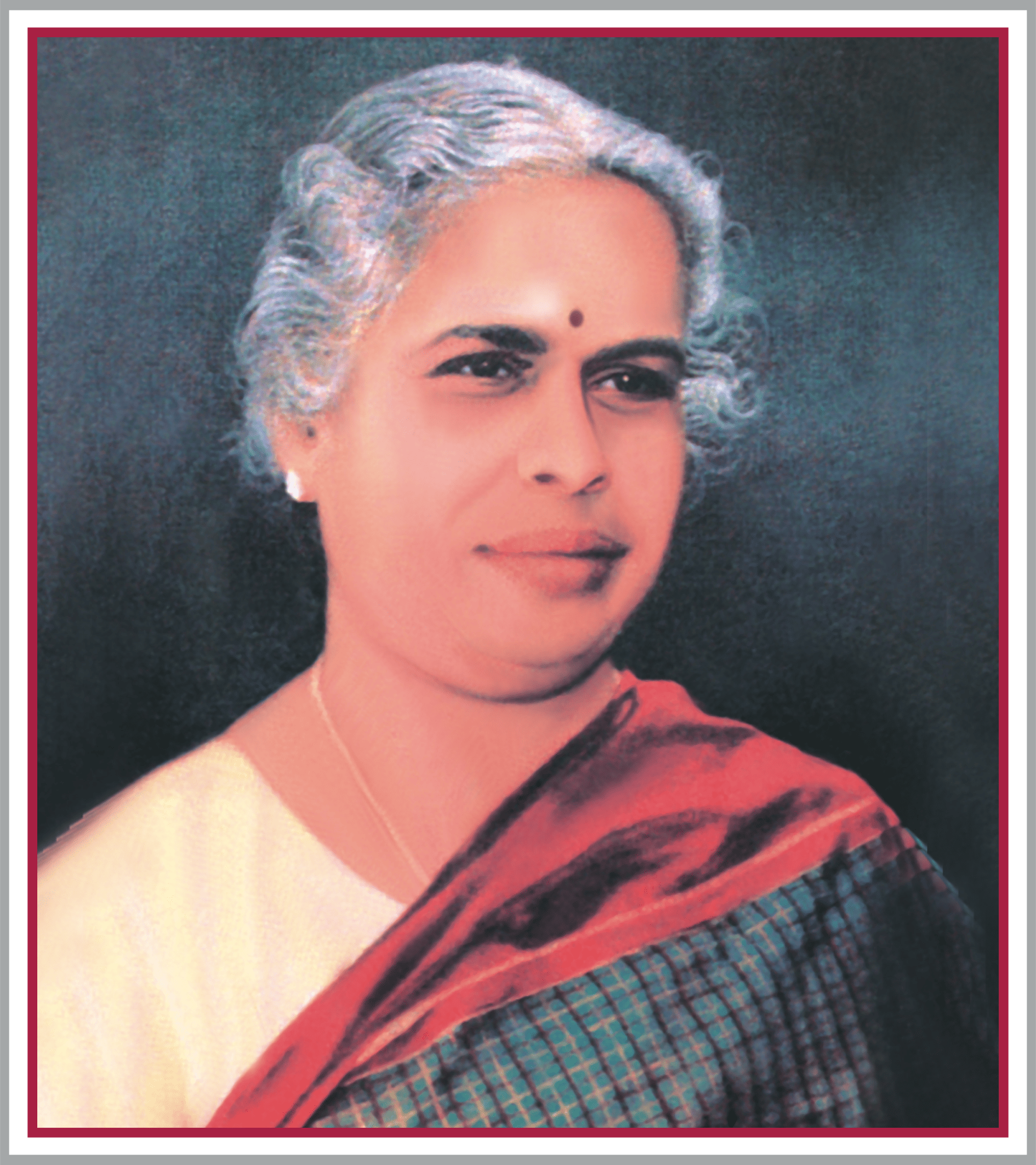 The Sri Kumaran Group of Institutions owes its existence to Smt R. Anasuya Devi, the school's founder, affectionately known as 'Founder Mother' by all who are associated with it. Our Founder Mother's remarkable life and achievements continue to inspire us every day. She was a woman of many achievements and whose thoughts and actions were far ahead of her time.

Smt R. Anasuya Devi overcame adversity after adversity with tenacity and zeal. The Kumaran schools, as we know them now, are the result of her unwavering desire and efforts to improve the lives of those around her, particularly children. She was able to realise her ambition, and she did so in a spectacular way, touching the lives of hundreds of people in the process.

August 10, 1915, our Founder Mother was born in a tiny village in Tamil Nadu. She was married at a young age, as was the custom in those days, and gave birth to two daughters.

She lost her husband when she was only 20 years old. She had only studied till Class VII but was left with the duty of raising her two children. Because of religious beliefs and superstition, a widow's life was governed by strict cultural standards in those days. Smt R. Anasuya Devi did not let any of this deter her from reaching her goals

In 1935, the same year her husband passed away, she embarked on an audacious journey to Bangalore with her mother and two daughters, something that was almost unheard of in those days, to get herself educated. With the support of her mother and the values instilled in her by her family, she began her journey. Her personal grief became a source of strength for a journey that enabled her to accomplish what she did in the end.

Smt. R. Anasuya Devi realised that getting an education was the key to the doorway of limitless future possibilities. She enrolled in the Mahila Seva Samaja School in Bangalore and then went on to complete her education with the Mysore Teachers' Training Program. While she undertook her journey to fulfill her ambition of opening her own school, struggle and triumph went hand in hand. She had taken upon herself the responsibility of providing for her family and getting her two daughters educated. She worked at the Acharya Pathasala and St. Joseph's European School as a Hindi teacher. During her time as a teacher, she gained the experience needed to fulfill her dreams of opening a school that would provide high-quality education to the children of South Bangalore.

Birth of The Kumaran Schools

Sometime around 1959, when she had resigned from her post at St. Joseph's European School, Lord Kumaran appeared in her dreams, encouraging her to establish a school. Inspired by the dream, which later turned out to be prophetic, Smt. R. Anasuya Devi, started a play home in her single-bedroom rented house at Tata Silk Farm in 1959. The journey of the Kumaran schools began with three little children, and the rest, as they say, is history.

The Sri Kumaran Children's Home was established in 1960 and named after the deity who appeared in her dream.

Smt. R. Anasuya Devi’s life and journey continue to inspire and guide the Sri Kumaran Group of Institutions. One example is the school’s motto — ‘Lead Kindly Light’. Every student in the school continues to live by her example and learns to scale great heights and tackle challenges the way our Fonder Mother did. She passed away on January 8, 1975, but her legacy lives on through certain customs and practices she introduced when she established the school. Students still sing prayers handpicked by her during the morning assembly in all our schools.